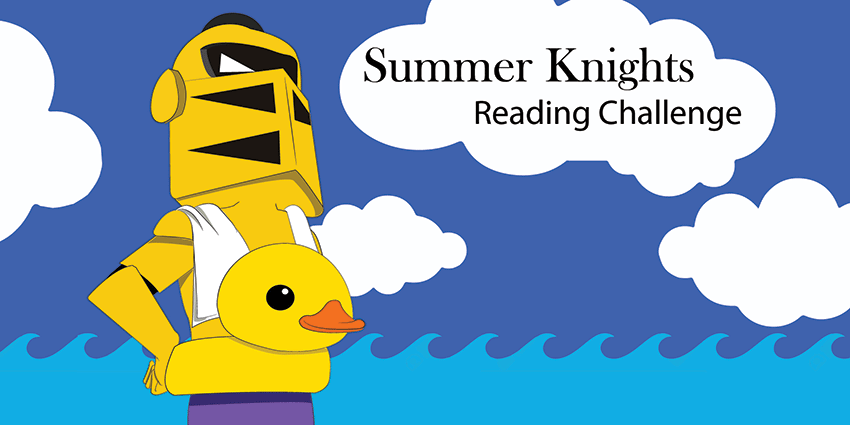 The Summer Knights Reading Challenge runs from June 1 to August 1, 2017 and is open to all UCF students, faculty, and staff.

Participation
Submit the number of pages you read on our Summer Knights Reading Challenge guide. Check the leaderboard each week.

April is National Poetry Month and the UCF Libraries are springing headlong forward to celebrate.

Winners will receive a Library Superpowers T-shirt and be published in STARS KnightVerse.

You can submit your poems at: http://ucflib.fyi/npm2017

An Erasure Poetry table will be set up between the Circulation Desk and Reference Desk from April 3 – 7. Staff favorites will be displayed on the windows by the entrance and on library social media accounts.

The UCF Libraries Tumblr account will feature daily poems which are favorites of library staff. Tag us in your favorites on Tumblr!